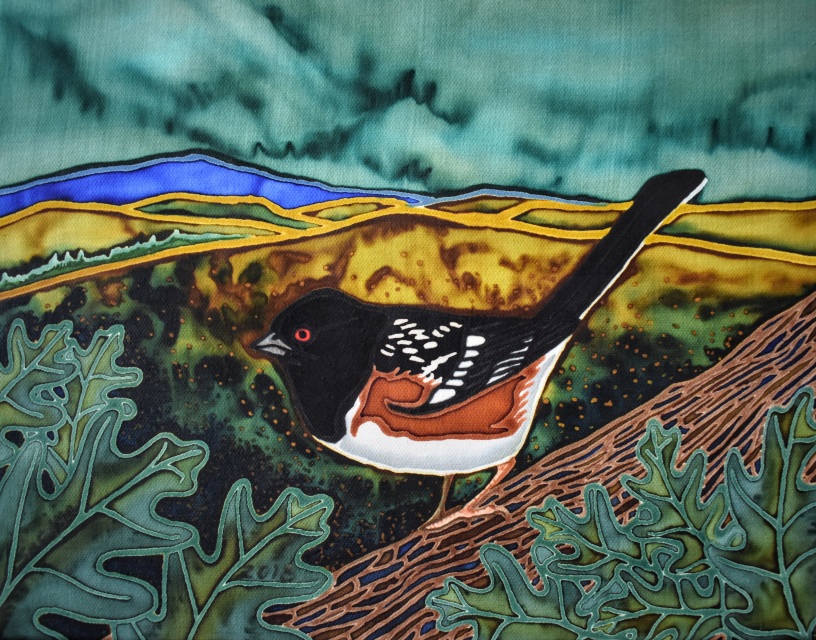 Spotted Towhees are a common but sulky bird found in thickets and tangled undergrowth throughout the western United States. This particular scene is inspired by the foothill landscape at the base of the Rocky Mountains in Colorado, the transition zone from prairie to mountain. Ornithologist Alfred Bailey wrote about the Spotted Towhee in Birds of Colorado, Vol. 2:

"In his attire he closely resembles the towhee, or "chewink", of the East, but has as an extra ornament a beautiful sprinkling of white on his back and wings, which makes him look as if he had thrown a gauzy mantle of silver over his shoulders."